Lou and Martin are two adolescents who live on an island. The geographical isolation and their parents’ overprotective attitude have generated a feeling of suffocation in them: an emotional and sentimental impasse that threatens their relationship. 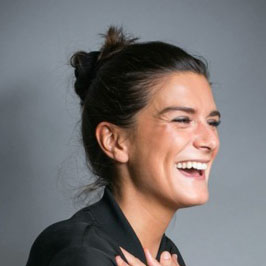 Emilie Verhamme graduated from the Hogeschool Sint-Lukas Brussel in audiovisual arts in 2012, and received a master’s degree in law two years later. That same year, she debuted with the short Cockaigne, presented in the official selection at the Cannes Film Festival. Her next film, Tsjernobyl Hearts (2013) won the Belgian Wildcard award, which permitted her to make the very low-budget Eau Zoo, produced by her production company, Holden Wallace.

“An island is disconnected in time and space and it is like a reflection of the world around us. Comparing it to the cave of Plato, the children are chained by the convictions of their parents so that they can only look forward. Being imprisoned there is no place left for a larger vision of the world that surrounds them. Over-protected by their parents, these young people are unable to make choices in their lives and have trouble negotiating the journey to adulthood. […] One inspiration for this was J.D. Salinger’s novel The Catcher in the Rye. It’s not that the story connects with my film, but Salinger’s protagonist is going from childhood to adulthood and he is being forced into it without really having a choice. And he tries to resist.”