They always meet at the same place: the Hotel des Voyageurs, where the blue walls of the room are the only witnesses of the passion between Julien and Esther. Former schoolmate who were separated by different choices of lifestyle, they meet up again. Forty years old and married to other people, the two lovers are irremediably attracted to each other. But, during their summer of furtive meetings and lies, something happens: something for which Julien is arrested but which he cannot reconstruct, a prisoner of the memories and moments spent in the blue room. 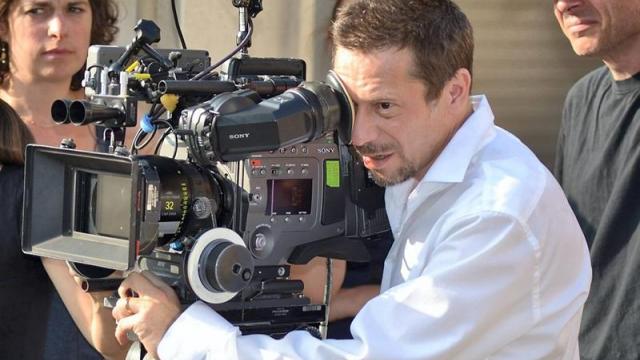 Mathieu Amalric (Neuilly-sur-Seine, France, 1965) began as an apprentice on the set of Au revoir les enfants (1987) by Louis Malle. He became famous above all thanks to his collaboration with Arnaud Desplechin (in 1997 he played Paul Dedalus in My Sex Life... or How I Got into an Argument, which won him a César as best young actor in France) and at the same time continued to direct. In 2005 and 2008 he received a César as best actor for Kings and Queen, by Desplechin, and for The Diving Bell and the Butterfly by Julian Schnabel; in 2010 he won the prize for best director at Cannes for his film On Tour, presented the same year also at the Torino Film Festival, where in 2011 were presented Joann Sfar (Drawings) and The Screen Illusion.

“At the stage of the screenplay we already wanted the sound and image to make war on each other, which leads to a particular narrative arrangement. Therefore, I managed to have the most time possible for editing. The schedule permitted it, since we shot in two parts, in July and in November, with the ability to start editing in the meantime. Beyond that, we really had to work upstream, to insist on the preparation. I knew it would be a short film, B movies type, in the spirit of Jacques Tourneur’s films produced by RKO – including a film entitled Nightfall. Angel Face by Otto Preminger was also a flagship.”