Paolo Virno is one of today’s most influential philosophers, one of the most respected exponents of post-Fordism. Along with Toni Negri and Franco Bifo Berardi, he is one of those Italian intellectuals who are known abroad under the name Italian Theory, or post-workerist thinkers. Today, he teaches philosophy at the Università di Roma 3, but during the late 1970s he was arrested and imprisoned for about four years, after an antiterrorism raid targeted the extra-parliamentary group Potere Operaio, which Virno belonged to. 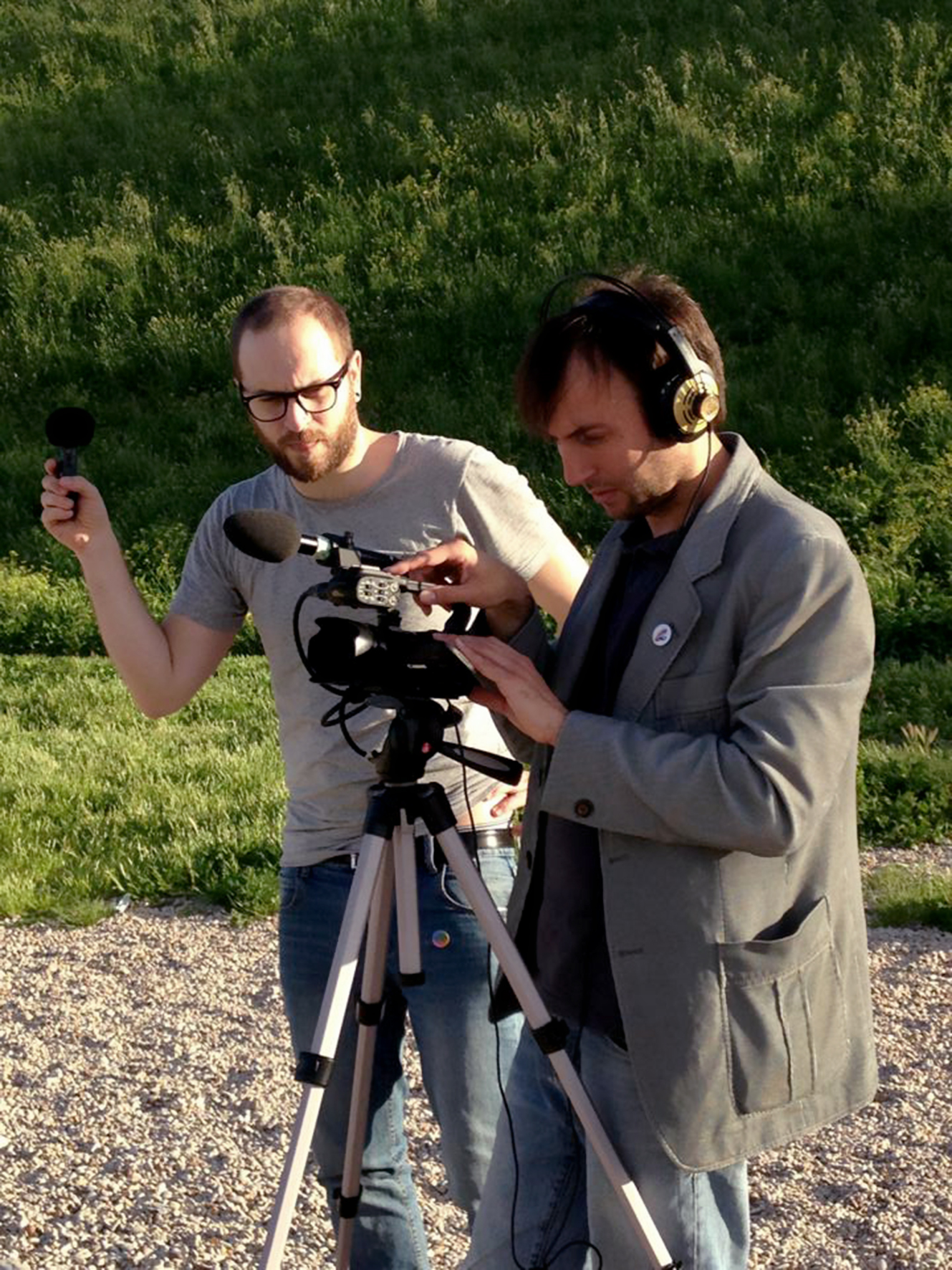 Mário Gomes received a PhD in literature and cultural anthropology from the universities of Bonn and Florence. He has been living in Berlin since 2007, where he works as a musician, author and director. Besides a series of shorts, micro-documentaries and video clips, in 2010 he completed his first feature film, the documentary Muito Além, which participated at various international festivals.

Marco Ugolini is an artist and graphic designer. He studied at ISIA in Florence and received a master’s degree in design from Sandberg Institute (Rietveld Academy) in Amsterdam. Thanks to awards and scholarships, he has participated in residence programs for artists in Brazil, Germany and Ireland. His works combine art and design, and he dedicates himself to producing videos, and multimedia and site-specific works.

“During our encounters, Paolo insisted on underscoring a separation between philosophy (bios theoretikos) and biographical past (bios politikos), reaffirming that there is no direct relation between the two. Too bad this didn’t coincide with our idea of a movie about Virno, so while we were asking him questions about Potop and his years in prison, he would have preferred to be sitting behind the professor’s desk, ‘like Deleuze did.’ Thus, what emerges in the movie are a series of fractures, and a ‘happily contradictory’ account of our encounters with this philosopher.”