In World War II Germany, Jojo Betzler, a proud member of the Hitler Youth, passes much of his time with his imaginary friend Adolf, a cuddly, energetic, pep-talking version of the Führer. Having completely bought into Nazi hate, Jojo is incensed when he discovers that his mother has been working for the resistance hiding a young Jewish girl in their attic. With Germany on the brink of collapse, he is faced with the choice of clinging to his hateful beliefs or embracing his humanity 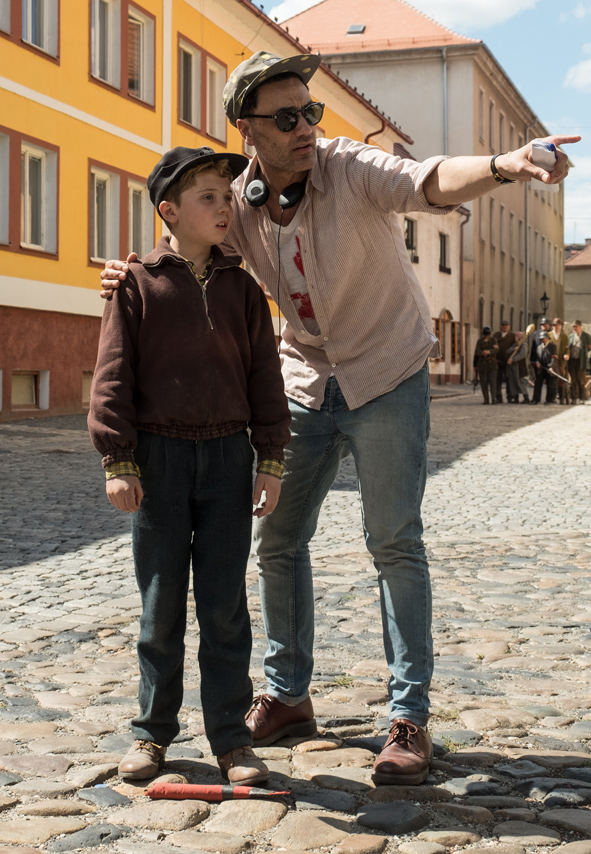 Taika Waititi (Wellington, New Zealand, 1975) is an actor, painter and photographer. Co-founder of the production company Defender Films with the screenwriter Ainsley Gardiner, he has made numerous short films of which Two Cars, One Night was nominated for an Oscar. In 2007 his debut feature film Eagle vs Shark screened in the Berlinale section Generation. In 2014, he participated at the Torino Film Festival with What We Do in the Shadows, awarded for the Best Screenplay.

“I have always been drawn to stories that see life through children’s eyes. In this case, it happens to be a kid that we might not normally invest in. […] I hope the humour in Jojo Rabbit helps engage a new generation; it’s important to keep finding new and inventive ways of telling the horrific story of World War II again and again for new generations, so that our children can listen, learn, and move forward, unified into the future.”