Drama is intertwined with daily life in time of climate change, between the flood areas of the province of Dithmarschen, Germany, and the Brazilian Sertão’s periodical droughts. While a musician refuses to be evacuated and a firefighter enjoys the last summer before the flood, in Brazil a sunken city re-emerges from a dried-out water reservoir and three young women go swimming before they might leave their home. With associative staging and not without humour, this docu-fictional film observes, first of all, the people, and the water as a physical and metaphysical base of existence. 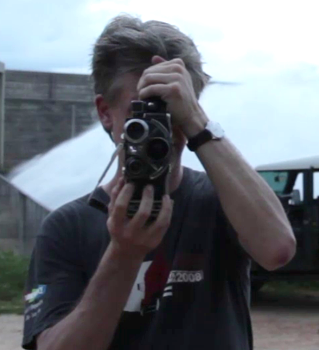 (Karlsruhe, Germany,1972) is working as a filmmaker since 2000. Before studying film at Hamburg University of Fine Arts (graduated in 2007) he obtained a master's degree in Latin American Sciences and a Ph.D. in Environmental Economics in Cologne and Brazil. He realized both shorts and feature documentaries, as well as commissioned films, especially for museums and artists. 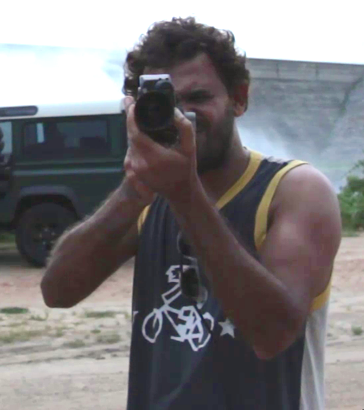 (Fortaleza, Nord del Brasile, 1972) is a filmmaker specialized in sound recording, sound design and soundtrack. He studied music at the State University of Ceará, and then worked as a sound engineer and sound designer for directors such as Karim Aïnouz, Hilton Lacerda, and Margarita Hernandez. He made his direction debut in 2010 with the documentary Supermemórias (2010) and in 2020 he also directed Torquato Imagem da Incompletude. He founded the experimental jazz band Realejo Quartet and, at the end of the 1990s, he played in the bands Cidadão Instigado and Belchior. He teaches classes in sound recording or sound design at universities, schools and NGOs.

“Water as a physical and metaphysical metaphor and background of human existence. A docu-fictional essay between the Brazilian Sertão-deserts and the Northern-German flood areas of Dithmarschen. Dramas and day-by-day-observations in times of climate change.”