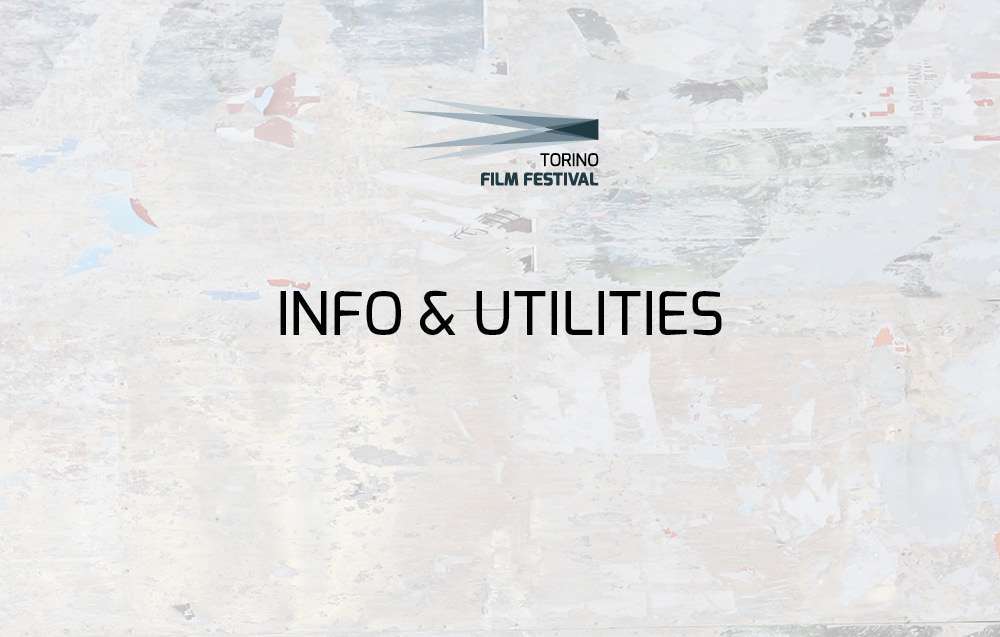 Here’s all the useful information to attend the Festival:

ACCESS TO SCREENINGS AND EVENTS
Tickets for all Festival screenings and events can be purchased exclusively on-line on the Torino Film Festival website starting from November 16th and up to 20 minutes before each single show. Exceptions are the opening night at the UCI Cinema and the award ceremony which will be by invitation only and the Masterclasses at the Aula del Tempio of the Mole Antonelliana, for which, as indicated on the website of the Museo Nazionale del Cinema, a ticket for the Museum will be needed.

A maximum of 6 tickets for each screening can be purchased at the same time. Once the payment has been made, you will receive a digital ticket in pdf format for each seat purchased. The individual tickets must be presented to the Festival staff using your smartphone or, having printed them, in paper format, in order to access the screening or event.

The events that will take place at the theatre 3 at the Greenwich Village will be free of charge. In order to access, those interested must book their seats in the same way as for the purchase of tickets.

Please note that entry into the theatres will be allowed once the screening has begun.

Access to film screenings is not permitted to those under 6 years of age. Films prohibited for those under the age of 18 and 14 are reported on the program, in the page of the film’s plot.

Spectators in wheelchairs can book their tickets for screenings or events through the Torino Film Festival website by choosing “1 + 1 fee” from the drop-down menu. Once the reservation has been made, you will receive two free tickets, for yourself and for the accompanying person, at the address used when registering.

Tickets cannot be replaced or refunded except for screenings canceled by the organization. Films in foreign languages are always subtitled in Italian except for the out-of-competition section “Incubator” which will not be subtitled. Subtitling in other languages is indicated for each screening in the program.

ACEC SCREENINGS
The festival’s collaboration with Turin’s cinemas that are part of the ACEC circuit (Catholic Association of Cinema Owners) increases the public’s opportunities to become acquainted with the movies and increases the event’s metropolitan value. From November 27th to December 5th, a portion of the Festival’s program will be repeated at the Agnelli, Baretti, and Monterosa cinemas. The tickets can be purchased for 6 Euros at each of these cinemas and online at their respective websites.

Participation in the Festival implies the consent to be photographed or filmed.

Rules for accessing and participating at Festival venues in order to contrast COVID-19 contagion.
In compliance with the norms currently in force in Italy to contain the spread of COVID-19, the guidelines for running the event require that access to every Festival venue be granted exclusively to ticket holders, who must also:

Personnel appointed by the Festival will conduct controls at the entrances to the cinemas and venues.

In view of the expected crowds and in consideration of the fact that controls of Green Passes and tickets might prolong entrance time to the cinemas, spectators are requested to arrive at least 15 minutes before the programmed start of the screenings.

Throughout their entire stay inside the Festival venues, spectators are required to follow the following rules to contain the spread of the virus:

Personnel appointed by the Festival will be available should spectators require assistance.