CARAVAGGIO WAS A PIG

With artist studies and an almost advertising career behind him, Pasquale Martini has lived and worked for over twenty years as a pig farmer. Because humans are fed up, he says. While animals keep creativity alive. It is in symbiosis with their rhythms that he finds the right balance to vent his artistic sensibility: a visionary and surreal path, a work capable of rewriting the boundaries between man and instinct, grunt and word. 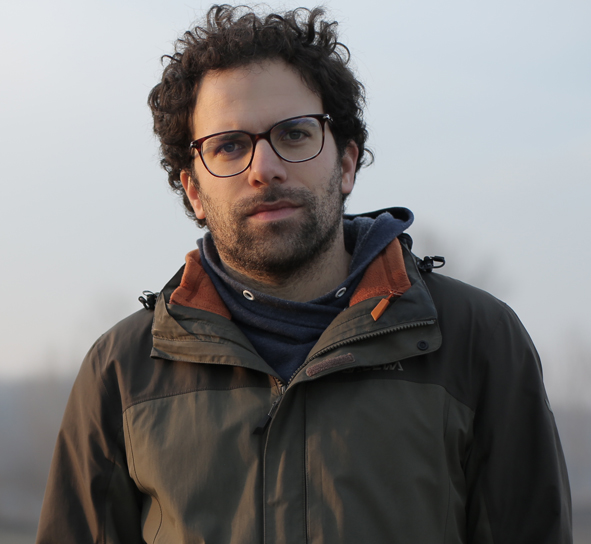 Giacomo Bolzani (San Benedetto Po, Mantova, Italy, 1988) graduated from the DAMS Cinema in Gorizia. He attended a directing school in Milan and later a master at the Cineteca di Bologna focusing on interactive documentary. He lives and works as a filmmaker / editor in Milan. Among the most significant experiences: Oltralpe (2013), video-poem selected at the Aviff Art Festival in Cannes, Renato (2017), a docu-short produced by Edison and supervised by Andrea Segre and Gabriele Mainetti.

“He was the one who found me. A morning in the village tobacconist. He climbed over the line, looked at me and started talking about himself. [...] I documented his person in silence, without worrying about what would have been or what those images would have meant. I was interested in listening, as we do with fairy tales, to understand closely who he was and why he exercised that strange attraction over me. Pasquale shines with an ancient light, a charm that is both poor and noble at the same time: that of the most real artists, who live by feeling and little else.”